Odyssey of a fighter

The 2008 Olympics in Beijing: the Somali participant Samia Yusuf Omar comes in last at the finish line of the 200-meter sprint. Because she fights to the very end, the gaunt runner reaps a huge round of applause from the spectators.
Back in Mogadishu, she is prohibited from training because she is a woman. Her only hope of fulfilling her dream of participating in the 2012 Olympic Games in London is to flee to Europe. Spring 2012, Samia boards a boat overcrowded with refugees and later drowns in the Mediterranean Sea during the crossing.
In his moving graphic novel, the Berlin-based cartoonist Reinhard Kleist (b. 1970) tells of Samia Yusuf Omar’s unique fate. Kleist belongs to a generation of German artists who endeavor to create an authentic rendering of contemporary historical events, while also depicting the social and political conditions in which they are embedded. His genre is drawn biography. He bases his stories on authentic, remarkable life stories, and develops them into poignant character portraits. He narrates his protagonist’s struggle for survival and difficulty in reconciling their life and work. Here Kleist knows no fear of contact with other cultures. To achieve the highest level of authenticity, Kleist always undertakes careful research. In his past works, he has revealed the ups and downs in the life of drug-addicted country singer Johnny Cash in “Cash - I See a Darkness” (2006), portrayed the political career of Fidel Castro (“Castro,” 2010) and described the harrowing ordeal of the Jewish fighter Hertzko Haft, who only was able to survive Auschwitz through his boxing talent (“The Boxer”, 2011). Employing only black ink and sparse dialogues, Reinhard Kleist recreates the essence of his characters and distills them in powerful images.

Kleist's most recent graphic novel “The dream of Olympia” - given the current refugee problem – is possibly the most controversial of his series of biographical comics: After Samia’s return from Beijing, Kleist focuses on her impoverished living conditions in Mogadishu. And he makes it brutally clear that her singular goal—namely to be able to continue training for the next Olympics—is prohibited by the Islamist al-Shabaab militia. Samia finds no other solution than to leave her country and attempt to train in Ethiopia. But even there, she finds no support for her sport. Europe is her only hope. Turning to smugglers, Samia travels under inhumane conditions from Sudan to Libya where she waits for a refugee boat.

In his expressive, black, white and gray ink drawings Reinhard Kleist focuses on his protagonist Samia and brings her palpably close to his readers.  He allows them to participate in her harrowing experiences and the numerous setbacks that befall her. At the same time he finds concise, even poetic images to tell the story, for example, during the journey through the desert he relays the stories other refugees tell her about their life back home, their hopes and dreams.
“The Dream of Olympia” is a compassionate portrait of a strong-willed athlete, who refuses to be beaten by the most adverse circumstances and of a refugee’s extraordinary odyssey.

Reinhard Kleist proves once again that the graphic novel is a suitable medium for telling complex, socially critical stories that provoke us to think. 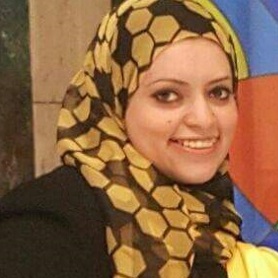