The spa town Müritz, located on the coast of Mecklenburg, is surrounded by forests, marshes and the Baltic Sea. The beach is ten minutes by foot from the vacation home "Glückauf" (Good luck). The doctor is supposed to spend a few weeks there with his sisters to recuperate. It is a Friday night in July 1923. For nearly six years he has been suffering from tuberculosis; the healthy climate is supposed to offer him a bit of relief. Eleven months later he will be dead.

The conclusion of Michael Kumpfmüller’s novel is hardly a secret. Although Kafka's name never appears in the text, the reader soon realizes he is the protagonist of this love story. The author delicately handles the final year of the Prague-based writer’s life, and manages to capture the magic of love between him and Dora Diamant without ever slipping into kitsch.

It is a completely successful balancing act: Kumpfmüller meticulously records the stations of Kafka’s final months. At the same time, he creates a universal story about the power of love and the difficulty we all face in saying good-bye, no matter how predictable the end might be. While the story focuses on the real relationship between Franz and Dora, it is not the thrust of the novel’s emotional impact. Presumably this is one of the reasons Kumpfmüller has omitted the famous surname.

Kafka is forty years old when he first meets the kindergarten teacher Dora in Müritz. It seems to be love at first sight. The Jewish woman from Eastern Europe is twenty-five; born in the Russian Empire, for the last few years she has been living in a courtyard apartment in Berlin not far from Alexanderplatz. The writer experiences a rebirth through his love for Dora, they take walks on the beach and go swimming in the unusually warm Baltic Sea. Franz and Dora relish their newfound closeness: "You are my salvation,” Kafka tells her.

The despondent man has been granted a new life. He breaks away from his parents in Prague and searches for a new home in Berlin. Hyperinflation makes life difficult for the residents of the city and Kafka’s health is a source of constant worry. But Kumpfmüller touchingly shows us how all worries and concerns begin to shrink in the face of love. Kafka certainly is aware that his relationship cannot last. He has always known he would not live to an old age. But that does not prevent him from throwing himself head over heels in love.

Since the correspondence between Dora Diamant and Franz Kafka has not been saved, Kumpfmüller must find a way to imagine and feel into their relationship. He more than succeeds. In September they move into an apartment in Berlin-Steglitz. Dora takes care of her lover, who in contemplative moments ponders his legacy and despairs at the sobering inventory: three "botched" novels, a few dozen short stories, and some letters, mostly to women living elsewhere.

Kumpfmüller brings to life Berlin in the Weimar Republic. The Roaring Twenties have not yet begun; famine and unemployment plague the third largest city in the world. The couple is aware of anti-Semitic remarks and of Hitler’s putsch in Munich. But they are living secluded from everything; Kafka rarely leaves his bed, and Dora takes care of him and everything they need. He tries to write and starts the short story “The Burrow” which he never completes. Kumpfmüller’s ability to cast this love story in fiction is truly impressive.

The couple is forced to move twice and they fantasize about alternatives to life in Germany: Maybe open a restaurant in Palestine? The harsh winter in Berlin is not good for Kafka’s health; hour-long coughing spells are hardly uncommon. The reader viscerally feels how difficult it is for them to leave their newly acquired nest. They both know it will probably be forever, even if neither of them dares to mention it. Kafka asks Dora to burn his notebooks, letters and papers – he considers them "worthless stuff". In March 1924 he completes his final story, "Josephine the Singer, or the Mouse Folk."

Kumpfmüller poignantly describes Kafka’s worsening health. The disease has spread to the larynx. He is forced to move into a sanatorium north of Vienna. He is unable to eat and suffers from severe pain and relentless thirst. He barely weighs a hundred pounds. He is not allowed to speak. The doctors have given up on him; Dora never gives up. She devotedly nurses him together with Kafka's friend Robert Klopstock.

Kumpfmüller depicts the writer’s final days with enormous respect and without melodrama. Although, or maybe because, we know from the start how this story ends, Kumpfmüller’s fictionalized account moves us all the more. Completely emaciated, Kafka proposes to Dora, he is concerned about her future. He tells her he would have liked to have children with her. He dies in her arms on June 3, 1924. Before he dies the couple assures each other they had spent a happy life together, even if it lasted only briefly. They reminisce about Berlin, about their summer at the Baltic Sea. They would not have changed anything. 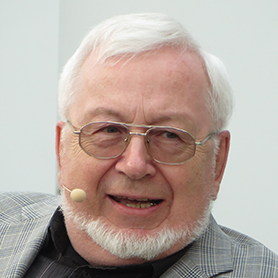 As a young German scholar, I was occasionally commissioned by the Moscow-based publishing house Progress, which specializes in foreign literature, to write reports on new publications of modern German language fiction. Once I really was stumped about how I should discuss a certain book- it was a story written by Handke. So I decided to work around my helplessness and illustrate the problem by simply translating a page and a half. I know today that I made it very simple, but at least the rhythm seemed to be right. And suddenly the editor at the company offered me a job translating, “Short Letter, Long Farewell” by Handke. That was the beginning.

What particularly drew you to „Die Herrlichkeit des Lebens“ [The glory of life]?

The title attracted my attention in the beginning, but rather in a negative sense. I knew, or rather had read somewhere, that it is a book about Kafka which interested me as a translator of Kafka. But the title seemed rather banal for Kafka. I then read the Kafka quote in the epigraph which turned this banality upside down and distorted it, so to speak, and immediately I felt the inner tension that permeates the entire book. It is the tension between the outer blandness of the events and the inner drama. Ultimately, almost every love story seems banal from without; what makes it unique is the miracle of transformation that occurs from within the souls of lovers. In my opinion, the author has managed to precisely show this in this book.

The two inner monologues which weave the story together needed to be nuanced and that was a bit complicated. Not only the differences, but the similarities are very important, just like the riddle “Who is speaking?”, which the reader occasionally is confronted with.

In any case, as an ideal reader, but also as an ideal listener, and then as a re-narrator, as a re-singer, even as a re-actor, who incarnates himself into the roles of both the characters and the narrator to the point of self-dissolution. Something like that, but that’s too broad a subject...

I pursue everything with interest and try not to miss any new book by Daniel Kehlmann, Ursula Krechel, Adolf Muschg, Christoph Ransmayr, Peter Stamm, Ingo Schulze, Uwe Tellkamp, ​​Uwe Timm and many other authors. As of late, also books by Michael Kumpfmüller and Eva Manasse.