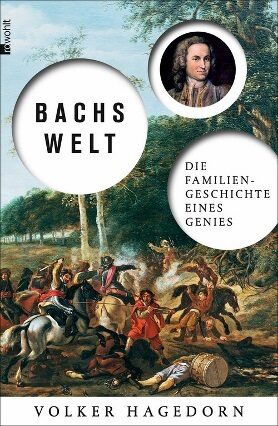 A tableau for the ears: Exploring the legacy of the Bach family

Johann Sebastian Bach assumes a prominent position among the world-class composers produced by Europe in the last thousand years. For many, he is the forefather of music, all-knowing and unsurpassable. Such was not the case at the outset. During his lifetime, Bach’s creations were less highly regarded than were those of his colleagues Handel and Telemann; and after his death, it took nearly eighty years until the restaging in Berlin of his greatest choral work, the St. Matthew’s Passion, triggered what is now known as the Bach Renaissance.

Accompanying that Bach Renaissance was a cult following clinging to the Baroque musical genius, which also proved to have its inherently problematic aspects, manifested as it helped strengthen the hideous spirit of German nationalism. Musically, Bach was appropriated by the Romantics; politically, by the Nazis. Even after World War II, the 19th-century cult following that had latched onto the genius Bach—supported adamantly and in full by the GDR, in possession of all the Bach historical sites—long stood in the way of a proper reevaluation and reformation of the German reception of Bach.

However, inasmuch as general interest grew—also on the international level—in the historically informed performance of Bach’s works, a recognition equally took hold that geniuses do not arise from a vacuum but rather develop from a cultural and familial background fostering the unfolding of their talents. Hence an increasing amount of attention has been directed toward the ancestors of the idolized composer, that 17th-century Thuringian clan branching out so extensively from master baker Vitus Bach, who immigrated there from Pressburg and produced such a profusion of illustrious musicians even before Johann Sebastian came into his own. Their works have been in the spotlight all the more since the long-lost Alt-Bachisches Archiv, a collection of manuscripts assembled by the greatest of the Bachs himself, was returned to Berlin around the turn of the century.

Volker Hagedorn, one of Germany’s preeminent music critics, himself a passionate violist, has embarked upon an exploratory study of all the historical traces to be found of the Bach family legacy. In so doing, he has written an extraordinary work of non-fiction based in nearly equal measure on a study of the sources, investigation of the historical sites and imaginative retelling. "Bach’s World" tells of a European epoch marked by social upheaval and war, pestilence and famine, an age which, despite all this—or perhaps even because of it—brought forth many of the most beautiful and moving works within the history of music. The Thuringian tableau portrayed by Hagedorn is a scene of flourishing life, even in the face of the scourges of the age—but his is a tableau that is primarily to be heard; for music suffused public and private life to a degree hardly imaginable today.

Thus the talented Bach family was able to build a dynasty of court, town and church musicians that would make a long-lasting impact on this Thuringian tableau—in part under the most difficult of circumstances. Hagedorn has visited the historical sites where the Bachs made their impact and consulted with specialists; he has undertaken painstaking research while also using his imagination to delve deep into the daily life of the Bach clan. Within their weddings and family get-togethers, sicknesses and funerals, conventions and customs, he paints before our very eyes a lively, colorful picture—all the while bold enough to deal with the material inventively but still anchored solidly enough within the surrounding social-historical framework to legitimate his working method.

Hagedorn strives to reconstruct the genesis of the musical works in view of their historical and personal background, and when he cites the Biblical and Baroque texts put to music by the Bachs and allows the Thuringian Baroque novelist Grimmelshausen to speak, he is also employing literary means to convey the feeling of the times—and hence also posing a creative challenge in terms of translating those same texts. In the end, what we encounter is a kind of research detective thriller in summary, the odyssey of the Alt-Bachisches Archiv. Its enthralling mixture of documentation and fiction shows the genre of German non-fiction embarking on new paths characterized by the joy of experimentation.

Everyone knows Johann Sebastian Bach. But the fact that he was the scion of a 150-year-old musical dynasty is far less well known.
This book tells the fascinating story of an extraordinary musical clan, living in a Europe going through monumental change and stricken by war and plague. In the 17th century, music was an antidote to suffering and death, and the Bachs (pre-Bach) were increasingly becoming masters of this art. Volker Hagedorn picks up a trail that leads him to weddings and funerals, note sheets and organ benches, until a truly exceptional talent takes the stage. Yet he also builds a bridge to the present by examining what remains today of the Bach legacy in the various places the family resided and where J.S. Bach – the wunderkind – burst onto the scene. Hagedorn also documents the work done by historians, for whom inconspicuous little notes left in a file can become guiding lights that offer illuminating new perspectives on the Baroque era. And he retells one of the most captivating crime stories in the history of music research, which begins in the bombed out ruins of Berlin and ends in the Ukraine with the discovery of the Altbachisches Archiv, a collection of sheets of notes by the Bachs before Bach and a bedrock of Johann Sebastian’s genius.
Hagedorn’s absorbing yet scholarly work creates a vivid and multifaceted depiction of an era and its customs, deftly bringing to life the groundwork for Bach’s enormous talent.
The fascinating story of an extraordinary musical clan.
A vivid depiction of an era and its customs.