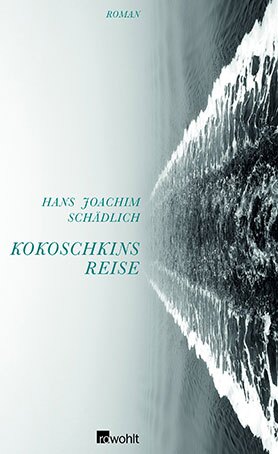 Is it possible that the dialect of the Vogtland fosters laconism or even poetic compression? Hans Joachim Schädlich was born in Reichenbach in 1935 and once earned a doctorate in Leipzig with a dissertation on the phonology of the East Vogtland dialect. In East Germany, where he soon came into conflict with the regime, he had a long career as a translator, and after leaving for West Germany in the wake of the Wolf Biermann Resolution he continued to publish on linguistic matters alongside his prose. His subjects invariably come from the political-historical sphere, which hardly comes as a surprise given his biography. But the way he handles language—his artful pruning, the meaningful terseness and minimalistic word magic—has been a constant focus of amazement and praise.

In his novel Kokoshkin’s Journey, Schädlich has undertaken the daring feat of capturing the history of the twentieth century, with all its global fault lines and dramatic developments in a narrative text of only 190 pages. And with that he has solidified his reputation among his peers--as a that runs all the more deeply for being so still.

The book shows Fyodor Kokoshkin looking back on his life: born in St. Petersburg in 1910, forced to emigrate in 1918, way stations in Odessa, Berlin and Prague before making his way to the United States in 1934, where he trained as a biologist and became a professor of botany. Another writer might have considered this material for a monumental epic: the action is framed on a luxury passenger ship sailing from Europe to New York, with a colorful cast of characters replete with tales and anecdotes, flirts and disputes, and it’s quite easy to imagine a kind of floating Magic Mountain. But Schädlich, a master of literary economy, strives not for broad range and abundant detail, but concentrates on what is essential, as well as on the playful but highly effective stimulation of the readers’ fantasy through allusion, reference, echoes and associations.

And in the process even particles of reality—for example historically authenticated characters—have found their way into the slim novel. The fictitious Fyodor Kokoshkin’s father really did exist—he was a bourgeois minister of Kerensky’s provisional government murdered by the Bolsheviks in 1918. His wife and son Fyodor, who managed to flee, are Schädlich’s own inventions. The stations of their journey, and the people they encounter, are easy to locate historically: in Odessa they are helped by the writer Ivan Bunin; in Berlin they land in the Pension Crampe, a well-known refuge for Russian émigrés in the 1920s; they are aided by Nina Berberova and Vladislav Khodasevich; and in Bad Saarow they meet up with Maxim Gorki.

In actuality the book reports on four journeys of Fyodor Kokoshkin. The first ends in America, where the young Russian exile finds his new home after being driven out of Germany by the Nazis. The second journey, originally undertaken as a search for traces of the past, begins in 1968 but abruptly ends in Prague, as the “master émigré” Kokoshkin can sense the Soviet invasion “in his urine.” Beforehand, however, he meets the librarian Hlaváček, who accompanies him on his third trip 37 years later, when they return to the places of his European past. The fourth journey is the trip home, the Atlantic passage, during which Kokoshkin’s reminiscences and impressions comprise a portrait of a century of dictatorships and failed utopias.

Schädlich sketches his panorama with a light hand, serene wit, and quiet melancholy. He has the gray-haired scholar talk about his first love and pay court to a female architect half his age; he has him write emails, sing karaoke, delight in bourgeois rituals and shine in lightly absurd table conversation. The milieu on board is portrayed so well that one can only surmise the author himself once traveled aboard the Queen Mary 2. The inherent tragedy of a life buffeted by political movements is always present in the plain, casual prose devoid of everything superfluous. And when Kokoshkin arrives in luminous Manhattan and announces that he intends to travel on—“To Boston. Home”—we hear something of the hope that European intellectuals once placed in American democracy. But that is a different story.