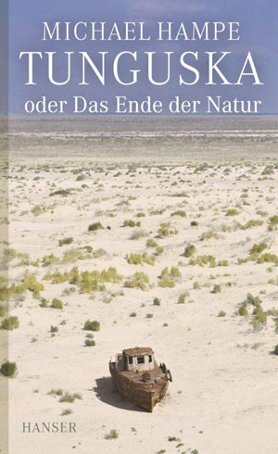 ​On the 30th of June 1908, there was an enormous explosion in a forest near the Siberian Tunguska River. Trees snapped like matches across an expanse of 2000 square kilometres, numerous herds of animals perished, and a glowing light could be seen from as far as 500 kilometres away. Travellers on the Trans-Siberian railway reported experiencing an intense shock wave. Experts suspect that the catastrophe was caused by the impact of a meteorite. But because neither impact craters nor rock debris have been found, this theory has never been conclusively proven – creating an extremely favourable breeding ground for alternative interpretations.

There are around 120 different Tunguska hypotheses: one lays the blame on the numerous insects whirring around in the Siberian river (a ‘mosquito explosion’), while others hold aliens responsible for the catastrophe or suspect it was caused by a failed experiment of the Croatian inventor Nikola Tesla, who was both genius and megalomaniac in equal measure. The Tunguska incident has continued to enthral not only scientists and esoterics, but filmmakers and authors too. Thomas Pynchon and Stanislaw Lem are amongst the writers who have explored it in their works.

And now a philosopher has made the mysterious event the focus of his novel. ‘‘Tunguska, oder Das Ende der Natur’’ [Tunguska, or the End of Nature] is the name of Micheal Hampe’s unconventional book, in which a physicist, a biologist and two philosophers become entangled in a theory-loaded but eminently readable debate about what really happened that day in Siberia. The subtitle, heralding the ‘End of Nature’, is initially to be read in an apocalyptic sense, because the discussion takes place on a ghost ship sailing around in Nirvana after a fictitious nuclear Armageddon. With this arrangement, Hampe takes up the literary tradition of ‘Totengespräche’ (dialogi mortuorum), fictional conversations between historical or mythological figures in the kingdom of the dead.

The conversation between his four unreal men is as lively as they are not. Their verbal exchange swiftly extends beyond the isolated incident – the ‘natural catastrophe’ of Tunguska – to a debate about fundamental principles, about the major philosophical and scientific question of ‘nature’ in and beyond the human being – that hopelessly overloaded concept brought into the world by Socrates, who separated the realm of nature from the realm of the mind and morality. According to Hampe, this approach constrained our thoughts, leaving us no other choice but to see ‘nature’ as ‘the other’: an ‘other’ which technocrats strive to dominate and environmental activists seek to protect, while lyricists sing its praises and scientists claim they understand its laws.

In Hampe’s quartet, this ‘thought constraint’ is most prevalent in Tscherenkov, the physicist. For him, nature is nothing but a structure of laws, a mathematical pattern, and its ‘being’ is limited to that. While this extreme faith in science conceals the views of American Nobel Laureate Steven Weinberg, the other three characters’ names alone point clearly to the real individuals whose theories they more or less explicitly convey. The biologist Bordmann, for example, with his critique of technology and his partisanship for the animalistic and organic, is a revenant of the Swiss zoologist Adolf Portman. Blackfoot is reminiscent of the philosopher and mathematician Alfred North Whitehead, while Feierabent, the superior figure in the quartet, is a stand-in for the great scientific theorist Paul Feyerabend.

There are differences of opinion even between the two philosophers, but they are unified in their staunch criticism of the scientists’ theories: Neither of them are willing to categorize the Tunguska case as a component of a totality structured by natural laws. Blackfoot and Feierabent are adamant that Tunguska is a singular entity, an unclassifiable exception, and one which is therefore typical of the complex composition which we call ‘life’ or ‘nature’.

It gradually becomes apparent during the fictitious four man conversation that Hampe himself shares the views of Blackfoot and Feierabent. In a philosophy of nature essay which rounds off the book, Hampe, who lectures in philosophy at ETH Zurich, takes up an unequivocal position. This indicates that the cryptic wording ‘the End of Nature’ is to be read as a plea not to sacrifice the world’s individuality and variety to a rash system of thought. This is about a departure from a concept of nature that suggests ‘regularity’ and ‘entirety’, about the disenchantment of nature as a ‘being’ seen as the ontological opposite of culture and technology. For Hampe, these fictions of unity and entirety conceal the true nature of phenomenon. The message is that we should open our minds to the fact that everything in the world is unrepeatable and unique, an individual incident. Indeed, the same can be said of Hampe’s book.