​The historical rise of homo economicus started out with a good thrashing. That is the pointed if unconventional way it is described by Georg von Wallwitz in his new book, Mr. Smith and Paradise. Unconventional, however, is also the key word to apply to the author himself. Wallwitz (born in 1968), who studied philosophy and mathematics in Munich and Princeton, is unique in German business journalism: a professional asset and funds manager, he simultaneously draws on an enormous wealth of cultural knowledge, thus bringing together theory and practice like no one else in Germany. That is likely why he is so successful at explaining economic relationships in such an uncommonly amusing, witty, and comprehensible manner.

After exploring the nature of the financial markets in his 2011 debut, Odysseus and the Weasels, Wallwitz has now embarked on a journey through the modern history of ideas in search of the “invention of wealth.” The first stage of his overview of economic philosophy leads to Voltaire. Which brings us back to that initial “good thrashing.” For, after making a pointed remark to the influential Chevalier de Rohan in 1726, Voltaire was beaten up by the latter’s minions. As a result of this episode, the young philosophe eventually had to flee to England.

But what Voltaire saw in his involuntary exile impressed him deeply. England was a plural, dynamic society that was marching with its merchants to the beat of progress. The stock exchanges, in particular, were revealed to him as temples of bourgeois emancipation. There the Christian promise of salvation was replaced by the sweet – yet also profane -- pursuit of wealth. In Voltaire’s Philosophical Letters, economics for the first time began to operate as “political economy,” and "thereby ceased to be a marginal phenomenon and doctrine for good landowners and farmers.” Once Voltaire began to understand the market as a model for social order, one that would guarantee individual freedom and material prosperity, capitalist expertise would itself turn into the knowledge of enlightened government. “More than anyone else, [Voltaire] played a role in replacing paradise with earthly prosperity in people’s heads.”
Voltaire’s economic epiphany was later articulated by Adam Smith in his much-cited notion of the "invisible hand” in which ostensibly chaotic market events were interpreted as a self-regulating system of coordinating interests. It is significant that Smith was not an economist but a (rather) absent-minded moral philosopher, who was affirming a primarily ethical argument. In contrast to Christian tradition, Smith no longer conceived of pursuing personal advantage as a sin but rather as a contribution to the common good. He nonetheless harbored a strong aversion to public companies, recognizing early on the dangers of corporate capitalism.

Smith forcefully warned that the state should not let itself be fooled by those using patronage to conduct business at the expense of the general public. Yet that is exactly what happened in the course of the Industrial Revolution. What (on the one hand) was a bourgeois project of emancipation implemented against aristocratic elites turned out (on the other) to be a losing proposition for the remaining “99 percent” (as today’s Occupy Movement might put it). Instead of Smith’s predicted "wealth of nations,” abject poverty came to predominate. Tolstoy’s dictum was more appropriate than ever: "Whoever’s got money has got those without it in the bag."

What is so appealing about "Mr. Smith and Paradise" is that despite proceeding chronologically and keeping pace with the history of ideas, it also repeatedly builds bridges to the present. When Wallwitz discusses industrialization, he conveys en passant the design flaws of the euro. When analyzing the global economic crisis, he also scrutinizes the role of subsidies. His thematic focus holds surprises as well. Whereas the miserable conditions of Manchester capitalism brought a series of great thinkers onto the world stage—the book addresses not only evergreens like Proudhon and Marx but also two other (nowadays somewhat neglected) theorists: the anarchist Mikhail Bakunin, whose political legacy Wallwitz sees in the present-day Tea Party movement, and the co-founder of utilitarianism, John Stuart Mill.

The latter is so important because he expressed explicitly what economists usually assume implicitly: that man is purely out to maximize utility. Today, especially in light of the financial crisis, that is often deemed a reductionist neoliberal premise. Seen historically, however, it is a plausible source for the basic idea of social democracy. If capitalism, as Mill concluded, was of such little benefit for so many people, then it was going to have to be modified through redistribution. And that’s indeed what also happened. Capitalism proved quite adaptable while Communism (in Europe) remained little more than a ghost.

Yet with the advent of the Great Depression in the 1920s, economists once again found themselves in an ideological muddle. The markets were simply unwilling to regulate themselves. That in turn kindled the great controversy between Friedrich von Hayek and John Maynard Keynes. Wallwitz has managed the feat of vividly bringing to life these two schools of thought, in an imaginary discussion they hold in a pub. At the same time, he is likewise able to demonstrate incisively that we have hardly advanced further in the eighty years since then. Whenever debates take place about onerous government debts, the advocates of austerity are even now face-to-face with those who support growth policies.
"Mr. Smith and Paradise" therefore proves a superbly charming book that can be read in two ways: on the one hand, as a nimble introduction to economic theory; on the other, as an anecdotal compendium of incisive reflections on the nature of wealth. And although Wallwitz argues in a highly differentiated way, he also invites controversy on occasion. One can certainly dispute whether Marx's thinking really bore the seeds of Leninism within it or whether financial markets that periodically collapse are truly the price one must pay for prosperity. But that would be precisely in the sense of the author, if his book were to demonstrate but one thing: economic theories, not unlike literature and philosophy, are always by necessity products of the spirit of their age, and they are always to be mistrusted when claiming to offer definitive, irrefutable answers.

​Nils Markwardt is a freelance writer contributing to publications such as Literaturen and der Freitag. 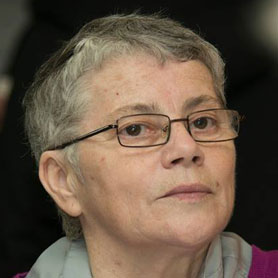