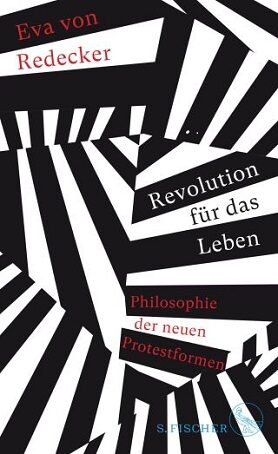 Translation Grant Programme
For this title we provide support for translation into the Greek language (2019 - 2021).
More

Out of the cul-de-sacs of capitalism

The catastrophe evoked by philosopher Eva von Redecker in her new book, Revolution for Life, is global and multifaceted. Yet everywhere it is rooted in capitalism, which this revolution aims to defeat. It’s with this in mind that the author presents a “Philosophy of New Forms of Protest,” the actual subtitle of her book. Which doesn’t mean that one can expect to find an analysis of activist strategies, such as how to conduct demonstrations or even sabotage. The protest of which von Redecker speaks is reflected more in alternative forms of living and in constructive practices that are intended to lead us out of the cul-de-sacs of capitalism.

And what exactly are those cul-de-sacs? The initial chapters of von Redecker’s 300-page opus are divided into four briefly outlined aspects: controlling (property), utilizing (goods), exhausting (labor), and destroying (life). In doing so, the author derives her critique of existing conditions from the intellectual classics of anti-capitalism, from Rousseau to Marx to Horkheimer and Adorno. These analyses of existing property relations and the ways that wage laborers are still oppressed seem to be just as relevant today in our so-called “post-industrial” age. “In wage labor,” according to von Redecker’s vivid and illustrative description of a slaughterhouse, “meat is severed from pork halves in nearly mechanical motions, using hands swollen in the cold. These heavy, stiff pieces of meat are then cut apart with motorized knives and thrown on conveyor belts. . . . Sometimes the blades will slip out of someone’s clammy fingers, or snap back when they meet the animal cartilage. Workers also cut themselves accidentally. However, anyone who goes to the doctor too often will be dismissed. For most of the employment contracts are handled by subcontractors who fake documents claiming the laborers are self-employed or probationary hires. The first of them infected with Covid-19 were instructed to cover up their illness."

In order to support this argument, von Redecker addresses the very latest circumstances, including labor exploitation in the context of the pandemic. She also relates human suffering under such conditions to the harm being inflicted on animals and nature. Having been raised herself on an organic farm, the author knows how natural resources get depleted through the market-oriented accumulation of capital. By assigning arbitrary value to things, humanity has put itself in a toxic relationship with its environment: “What recycling actually does is to split up products into ‘goods’ and ‘rejects.’ In contrast to the creation of surplus value, the products that have been cast off do not return to their point of origin. It’s the stomachs of dolphins, not the channels of capital, that get stopped up with plastic garbage. That’s what free enterprise does when it’s freed of the barriers that would limit the flare-ups of the market.” Yet this mechanism for appropriation is the arch-enemy of all living things since “one can only fully possess what’s already died.”

The “revolution” so urgently needed is seen by von Redecker as a non-violent undertaking since in revolutions, historically speaking, life itself has been repeatedly endangered. "To live for the revolution" – and here the author is quoting Black feminist Frances Beal -- means "taking on the more difficult commitment of changing our day-to-day life patterns." That project is the aim of the second half of von Redecker’s book. How might “unimpeded, vibrant life” once again become possible? How might racism and sexism be overcome? How might we achieve a relationship to things which is directed towards regeneration and not consumption? How might we truly breathe again? For Eva von Redecker, the answer to these questions culminates in a passionate appeal for a fundamentally different life, in the fundamentally different community of the commune. “Would we miss capitalism? The scintillating shop windows, the roar of the engines, the hustle and bustle and battles?” At the end of this book, of course, that's merely a rhetorical question.

​Ronald Düker is a cultural scientist and journalist, and he writes for the German weekly Die Zeit and various daily newspapers and magazines. He lives in Berlin.

A radical social critique — and a heartfelt endorsement of the power of human action.

The future of democratic societies is under intense pressure from the rise of authoritarianism and the imminent threat of climate change. However, resistance is forming in the gaps of the power matrix. In her philosophical analysis of these new forms of resistance, the philosopher Eva von Redecker sheds light on the potential for a revolution for life.

​Black Lives Matter, Fridays for Future und NiUnaMenos are all examples of worldwide protests against the destruction of life. This destruction includes rising sea levels, climate change, border regimes and domestic violence. Eva von Redecker identifies in these movements a new form of activism, one focused on ensuring human survival and safeguarding our livelihoods. Her research is at the intersection of critical theory and feminism. In her book, she analyzes the beginnings of a revolution that could bring down the disastrous capitalist order. She highlights how we need to change our lifestyles if we wish to rescue life rather than continue to degrade it. We have to nuture where we used to destroy, regenerate where we used to exploit and share where we used to consume.

What we need is a revolution in all our activities and every area of our lives.