​Those who fear the number thirteen are probably a bit unnerved this year. At least that was the case a hundred years ago. On New Year’s day1913, Franz Kafka imagined himself being decapitated and blamed it on the unlucky number. The composer Arnold Schoenberg also was horror-stricken by anything having to do with the number thirteen. Might this have been the reason he invented twelve-tone music?

Until now, the year 1913 has received little attention. Wedged between two catastrophes - the sinking of the Titanic and the outbreak of the First World War - it served mostly as a stopgap. In his absorbing non-fiction narrative, “1913. Der Sommer des Jahrhunderts,” Florian Illies shows us, by contrast, it was a year of tremendous cultural activity. Formerly an arts journalist, Illies has been managing partner of the auction house Villa Grisebach since 2011.

For years, Illies sifted through letters, diaries and newspapers in search of the experiences and thoughts of key players from the world of arts, music, science and literature. One of his greatest achievements lies in the ability to portray the central protagonists of that year as human beings with all their fears, quirky idiosyncrasies and ailments. The result is a wonderful collage of a particularly overwrought and febrile year populated with people in a state of nervous exhaustion. Driven by a powerful surge into modernity, 1913 brought the long 19th century to a swift end.

Marcel Duchamp produced his first Readymade, Henry Ford introduced the assembly line into his factories, the bust of Nefertiti, the ozone layer, and the ruined city of Machu Picchu all were discovered that year. A Russian pilot flew the first loop in history, the stolen Mona Lisa was found again, two brothers in Milan founded the fashion label Prada, and the Armory Show shocked America. Illies offers his readers many facts like these as short interludes in this pithy and entertaining narrative.

"1913" is an engaging kaleidoscope of a year at the edge of the abyss – and, as Illies puts it, with no claim to completeness. The collected material is organized according to months and includes everything Illies finds fascinating and amusing. In showing the synchronicity of key events, the book belongs to a literary tradition along the lines of Werner Stein's „Kulturfahrplan“ ["Cultural roadmap]”, the “Jahrbuecher” “[Year books]” by Karl Schlögel, which examines Stalinist Moscow in 1937, and Hans Ulrich Gumbrecht's "1926," which focuses on the everyday phenomena of the interwar period.

Consistently writing in the present tense, Illies depicts highly sensitive artists who perceived the year 1913 as a time of upheaval. War seemed possible, though unlikely. The pre-war era can only be seen as such in retrospect. The book introduces us to an artistic milieu bristling with both creative enthusiasm and fatigue, and focuses on the “four cities at the forefront of modernity”: simmering Berlin, glittery Paris, overwrought Vienna, and sedate Munich. Many geniuses of the era suffered from neurasthenia - a forerunner of today's burn-out syndrome – which they hoped to cure at spa towns. A wide range of innovations ignited a feverish frenzy in these creative minds, but it also demanded a lot in return. People tried to create new models of partnership, psychoanalyzed their drives, and rebelled against their fathers.

Illies describes these twelve months of delusion and reality with an affectionate irony and verve. Much like a friend checking up on his friends, he continuously returns to many of the more than fifty people described in the book: Franz Kafka, who continuously sends missives to Felice Bauer. Gustav Klimt, who has models lining up like groupies in front of his apartment. Robert Musil, who conscientiously noted a “C” in his diary for each of his sexual encounters. A fascinating book about the early days of modernity; it shows how closely we can relate to the people who lived a hundred years before us. 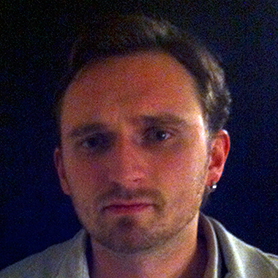 Totally banal: Through my own failed attempts in my youth at writing literature. I had to admit that my texts were rather linguistic imitations of other German authors. So I came up with the idea that rather than reinvent the wheel, I should reproduce the wheels instead, so to speak, to communicate through translation. Of course, I was very young, and much has changed since then. But this disposition in my youth, I would describe as a starting point and primary inspiration behind my current activities.

What particularly drew you to Florian Illies' „1913: Der Sommer des Jahrhunderts“ [1913: The summer of the century]?

I was amused by the calendar form. I also was fascinated by the enormous amount of information it contained, the easily accessible and light-hearted format also has a lot of potential to expand the reading audience. The first decades of the 20th century were my favorite period as a literary scholar. That’s why the subject was a lot of fun. It’s also funny how many similarities can be found between the events and ways people thought a hundred years ago and today in Europe and Russia.

I would say it was the plethora of quotes from different eras and genres and dealing with very diverse people. It created a kind of “Babel of voices” (in a good sense), and each of these voices needs its own approach.

In terms of language being in perfect and disruptive harmony with that which is expressed and represented, I’d say the contemporary writers Herta Müller and Reinhard Jirgl. For irony and a sarcastic view of modern society, I thank Christian Kracht and Wilhelm Genazino. For the fine and masterful literary treatment of such topics as “Otherness” and “Nescience,” I am always happy to read new works by Clemens J. Setz.