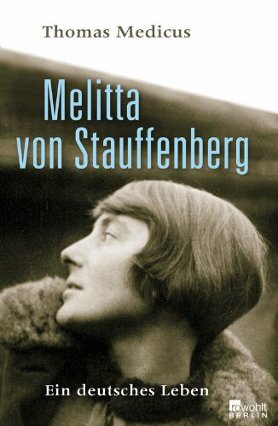 ​Something must have been in the air. The very year that Orville Wright manned the first controlled powered aircraft flight in history, the aviator Melitta Schiller was born. Aeronautics was Schiller’s life, but in the end it is also what killed her. Thomas Medicus' biography recounts this exceptional woman’s life story and her extraordinary career, which was as riven and contradictory as the era in which she lived.

Born 1903 in the Prussian province of Posen, she spent a happy childhood in a small town, which today is called Krotoszyn. Her father, the son of Galician Jews, converted to Protestantism, thus transforming himself into a typical national conservative of the Wilhelmina era. His position as an architect allowed his family to enjoy a carefree, educated middle-class life. WWI, however, changed everything.

According to Medicus, this event had a decisive influence on the then eleven-year Melitta Schiller’s future. She remained aloof from the others at her girls’ boarding school, and through a combination of ascetic practices and daring feats became addicted to experiences that pushed her beyond the limits: motorcycling, climbing and skiing in the Krkonoše Mountains, jumping into reservoirs from more than thirty feet high. Perhaps even then she knew diving would become her passion. At seventeen she piloted her first glider.

Born exactly half a century after Melitta Schiller, the journalist Thomas Medicus took nearly four years to complete her biography. Meticulous research brought to light rare bits of information garnered from documents, diaries, and eyewitness accounts. It is an impressive work filled with details about the aeronautics of her era and people who played even a minor role in her life. The particular strength of the book, however, is how Medicus manages to portray Schiller's life story as both a consequence and symptom of her era.

In the Weimar Republic, Melitta Schiller was clearly an anomaly: she was both a bohemian and an engineering science student in Munich; after her studies, she fast-tracked a stellar career in the relatively new field of aeronautic research in Berlin. She was both a test pilot and an engineer. This two-pronged approach set her apart from other aviators, such as Elly Beinhorn and her lifelong rival Hanna Reitsch.

Medicus painstakingly describes Melitta Schiller’s career against the backdrop of key political events of the era: Hitler’s Beer Hall Putsch, hyperinflation, and the seizure of power by the Nazis. Schiller profited from Germany’s secret rearmament and soon would be flying exclusively for the Nazi regime. The flapper turned "flying Amazon" was sporty, tanned, androgynous. With her closely cropped hair and a cigarette in her mouth, she perfectly fit the image. She worked in weapons research and developed propeller and dive sights. She conducted more than two thousand test flights in bombers and destroyers, sometimes diving fifteen times per day. In 1937, she was granted the title of flight captain. And she had a swastika emblazoned on the rear of her sport airplane.

How was it possible that a woman, who under the Nuremberg Laws was rendered a "Jewish half-breed of the first degree" under the Nazis, was able to make such an extraordinary career? Did she use the Nazi dictatorship to sponsor her passion for aviation? or was she exploited by the regime? Probably both are true. As a "non-Aryan," she always ran the risk of being discriminated against. But she allowed no doubts about her loyalty to the (National Socialist) "community.” In 1941, she was protected under the highest German authority (Reichssippenamt), receiving a certificate proving she was a full-blooded German citizen, and she was awarded the Iron Cross Second Class in Hermann Göring's villa.

How much of Schiller’s compliance with the regime was voluntary? To what degree was she forced to comply? Medicus vacillates between these two poles, yet is unable to find a definitive answer. To complicate matters further, she was married to the historian and Stefan George disciple, Alexander Schenk Graf von Stauffenberg, whose brother Claus had masterminded the attempt to assassinate Hitler on July 20, 1944. By this time, Schiller’s excessive flying had turned her into an exhausted, furrow-faced woman, "flown-out" as it was called back then. Today we would probably call it burned-out syndrome. After the failed assassination, the poster girl for the Nazi regime was taken into custody along with several others.

Unlike other biographers, Medicus is convinced that Melitta Schiller had nothing to do with the assassination. Nonetheless, the event is considered the final turning point in her life. When she was released six weeks later, due to her “importance for the war effort”, she tried to help her imprisoned friends and family members, and flew her airplane over the Buchenwald concentration camp where her husband was imprisoned.

Four weeks before the war ended, she flew a training aircraft over the Lower Bavarian Danube Valley in search of her husband who was supposed to be brought to South Tyrol with several other special prisoners. Most likely an American fighter plane shot her down. Melitta Schiller survived the crash, but reportedly died on the way to hospital from a skull fracture. Rumors abounded: Were important secret documents from the resistance movement on board? Did she have a bad conscience? "Perhaps, or perhaps for other reasons,” admits Medicus. As in so much of Melitta Schiller's life, her death, too, remains a mystery.