​Mice that figure in picture books are mostly either sweet and cuddly, or cheeky and mischievous. There hasn’t — until now — been a mouse that can read, invent things, and build a flying machine in order to cross the Atlantic. Lindbergh is a very special picture book that tells the story of just such a mouse, and of his desire for freedom. The book was conceived and realised by the young artist Torben Kuhlmann as the final assessment project of his university course — and what a remarkable debut it is!

Even the endpapers are a delight: drawings of delicate aeroplanes and individual parts of planes subtly echo Leonardo da Vinci’s style of technical drawings, and are astonishing in their wit, precision and inventiveness. Then in the top left hand corner of the first double page we see a mouse holding a pencil in its mouth: so this is the artist that did the drawings!

Torben Kuhlmann’s story about Lindbergh, mouse and inventor, is at one and the same time dramatic and cryptic, naturalistic and surreal. An educated, well-read mouse suddenly loses all his friends, who have either fled abroad to escape the new and ubiquitous mousetraps, or already fallen victim to them. He therefore decides that he, too, will emigrate — to America, the land of infinite opportunity. As all the ships lying in Hamburg’s docks are guarded by ravenous cats, however, he builds a succession of contraptions for the purposes of flight in both senses of the word. His initial attempts to take off fail miserably. Undaunted, he goes on modifying his invention for week after week, manoeuvres it into the very top of the tower crowning Hamburg’s famous St. Michael’s Church, then takes off one dark and rainy day and even manages to evade the hungry owls waiting to pounce on him. After flying through the night across the ocean, he lands in New York — to enthusiastic cheers from countless numbers of his fellow mice. Then one day a young boy reads about the flying displays put on by the mouse in his new homeland. The name of this young boy? — Charles Lindbergh.

What makes this book especially fascinating, however, is the way it is designed and presented. The cover is deliberately made to look old and worn, which immediately inveigles us into picking the book up. Drawings reminiscent of the Old Masters and pictures looking like old yellowed photographs immediately grab the reader’s attention. The book achieves its effect not only as a result of its muted colours and sepia-tinted realism, but also because of its almost romantic use of light. The trains, ships and typewriters, the long queues of emigrants around the harbour, all serve to place the turbulent events of the story unambiguously in the first third of the 20th century. With Lindbergh, Torben Kuhlmann has soared straight to the very highest levels of the art of making picture books.

As with all good picture books, this children’s story also contains elements discernible only to an adult reader. The deadly threat posed by the ubiquitous mousetraps, the masses of emigrants waiting at the docks, the perfectly engineered escape despite the attentions of the sharp-eyed owls — such details recall the period when Germans fled to the USA via Hamburg to escape from brutality, persecution or hunger. Lindbergh can thus be read on several different levels — as a picture book and as a work of art, as a fairy tale or as the evocation of a political scenario that could recur at any time. 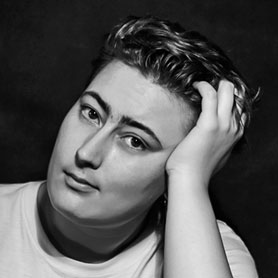