[The English translation of this book has been published by Haus Publishing Ltd, London, 2014:
Richard von Schirach: The Night of the Physicists. Operation Epsilon: Heisenberg, Hahn, Weizsäcker and the German bomb.]

On the morning of August 6, 1945, a U.S. military aircraft drops the first atomic bomb on the Japanese city of Hiroshima. A giant reddish-gray mushroom cloud rises up into the sky, the temperature inside is more than a million degrees Celsius. All life is obliterated within a radius of 800 meters. Humans burn to black lumps of carbon in a matter of seconds, birds and insects are zapped out of existence. The immediate death toll after detonation is estimated at 140,000. The radiation victims are added five years later, raising the death count to 200,000 human lives annihilated by "Little Boy,” or so the Americans’ pet name for the bomb.

At the time of the disaster, ten of Germany’s most renowned scientists are being detained by the Allies at Farm Hall, a country house in Britain. Day and night Otto Hahn, Werner Heisenberg, Carl Friedrich von Weizsäcker and seven other physicists are being listened in on. All ten of them until recently were bearers of secrets in the Nazi “uranium project,” charged with the task of utilizing the latest discoveries in atomic physics for Hitler’s war. The British were clear on one thing from the start: the scientific and military usefulness of this surveillance would be of limited value. Because contrary to stubborn rumors about Hitler’s secret weapon, the Allies found no atomic bomb when apprehending the physicists. The conversations recorded by the British bugging team over the course of the next six months, however, were nevertheless a unique historical document.

Richard von Schirach has taken a good look at the so-called Farm Hall transcripts and discovered some revealing and abysmal things about the inner life of the Third Reich’s scientific elite. The Night of the Physicists is the title of Schirach’s complex psychological portrait of a particular moment in the history of science whose most striking passage reconstructs what went on in the minds of the Farm Hall inmates when they heard the BBC news reports about the catastrophe in Hiroshima. According to his account, which he backs up with a rich array of material, they all react at first with incredulity. The atomic detonation over Hiroshima is dismissed in knee-jerk fashion as American war propaganda. This initial reaction is followed by painful disillusionment. Because up until that very moment, these ten German scientists have considered themselves the peerless leaders in the field of atomic physics, a position they now have to forfeit to the United States.

With suggestive caution Schirach reveals little by little the mechanisms each of them uses to cope with their slighted professional egos. Otto Hahn seems most aware of the human dimension of the catastrophe. Having co-discovered nuclear fission in 1938 together with Lise Meitner, who was later persecuted by the Nazis for her Jewish origins, he feels a sense of responsibility for the victims of Hiroshima. Hounded by bitter self-reproach, he finds the others unbearable for the way they lick their narcissist wounds. “You’re all second class,” Hahn, the only chemist in the group, derides his physicist colleagues. Heisenberg and the then 33-year-old Weizsäcker behave completely differently. They reinterpret their “disgrace,” elevating it into a moral virtue. Of course they could have built the bomb if they wanted to, they say to themselves and the world, justifying their failure, but they refused to put their knowledge into practice out of an inner opposition to Hitler. Already on August 8 – the day before the Americans drop the second bomb on Nagasaki –the group has agreed on this official version. Hahn, too, signs the press statement drafted by Heisenberg.

Richard von Schirach is by no means the first to try to debunk the persistent legend of the heroic self-restraint of elite physicists in the Third Reich. But he does so with remarkable dramaturgical skill. Schirach shores up his criticism with a detailed historical discourse. Thus, the construction of the German atomic bomb did not fail due to the high-mindedness of its scientists, but because of their heavy-handed theoretical approach and a lack of resources. The Battle of Stalingrad, with its disastrous consequences for the German war economy, had prompted Minister of Armaments Albert Speer to drastically cut the budget of the bomb project, which had hitherto produced quite meager results. The subsequent focus was on upgrading the German submarine fleet. In the United States, by contrast, all available resources were put into the construction of an atomic bomb, which was originally supposed to be dropped on Germany, not Japan.

Just after the publication of the Farm Hall transcripts in 1993, the aged Weizsäcker gave an interview in which he retracted his statement about the Germans’ supposedly voluntary decision not to build the bomb. Yet he still doggedly clung to his heroic self-image as an opponent of the Nazi regime. According to Schirach’s summary of the interview, on the final page of the book, Weizsäcker allegedly entertained the “secret dream of using the bomb as a kind of security against Hitler” near the end of the war. In some ways, of course, this dream came true – in the form of a nightmare. 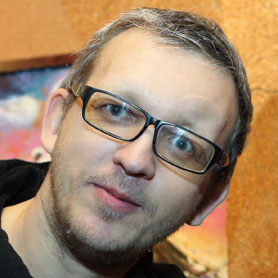