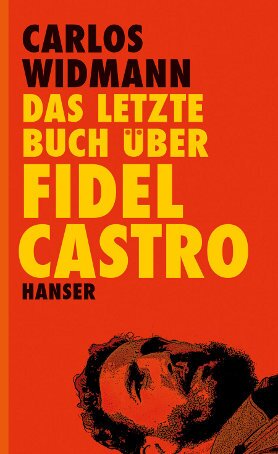 ​“History will absolve me!” Fidel Castro arose with histrionic fervour when he made this, his most famous pronouncement, from the dock of the courtroom in Santiago de Cuba in 1953. The young, rebellious lawyer and his followers had been put on trial after a poorly planned and bloodily suppressed coup d’état—the attack on Moncada Barracks on 26 July 1953, later declared the Cuban national holiday. Actually there was no need to invoke history as his exonerator. For the dictator Batista, the target of the attack, soon granted a general amnesty to all political prisoners.

A mere six years later it was Castro who was calling the shots, deciding who would be absolved by history—at least the version of history propagated by the press and the textbooks of revolutionary Cuba. Batista hastily fled the island on New Year’s morning of 1959. A few hours later, the victorious rebel army of the “26th of July Movement” marched into Havana and its commander-in-chief Castro held his first speech before a teeming crowd. At the end of his address, a dove fluttered down from the sky and alighted on his shoulder. Thus, signs and miracles enough had come to pass. The people considered Castro a “man of providence,” a messiah in green guerrillero gear. His self-appointment six weeks later—and contrary to his earlier assurances—as the Cuban head of state would do little to damage his reputation, no more than the surveillance state he set up, the mass executions he carried out, and the nuclear war he nearly plunged the world into.

Not only the Cuban populace, exposed as it was to a steady stream of regime propaganda, but numerous foreign intellectuals, too—Jean-Paul Sartre, Simone de Beauvoir, and Hans Magnus Enzensberger among others—became supporters of Castro’s “communism under palm trees.” To the revolutionary-minded idealists of Western Europe, later known as “Sixty-Eighters,” a “combat mission” on Cuban sugar-cane plantations was the requisite pastime of a true progressive.

German-Argentine journalist and longtime correspondent for the Süddeutsche Zeitung, Carlos Widmann (b. 1938), spent the harvest season of 1969 on Cuba, sweating, machete in hand, on a plantation in the daytime, and at his typewriter in the evening, doing his part to make the dream of Caribbean communism come true. He celebrated Castro’s Moncada defence speech, which, predictably titled “History will absolve me,” had meanwhile reached cult status as a constitutive document of the new Caribbean island regime and “one of the greatest rhetorical feats in the Spanish language produced in the twentieth century.”

Widmann’s verdict changed, however, over the ensuing decades. In his most recent work, the reporter legend asks himself why he had erred in his judgment. Maybe it was the romanticism of revolution under palm trees, “the foaming surf along the Malecón, the swaying hips of the mulattas, the high-proof rum […]. Much explains but nothing excuses a reporter from suspending his critical faculties.” So runs the casual retrospective self-indictment of the author of Das letzte Buch über Fidel Castro, Widmann’s well-informed, personal, and final settling of accounts with the charismatic Caribbean despot.

The tone varies between anger and subtle irony throughout the book’s seventeen chapters, which despite their predominantly anecdotal character combine to form the nuanced portrait of a problematic hero. Eleven powerful US presidents, all of them hostile towards the Cuban leader, went in and out of office while Castro remained in power—for almost fifty years, before handing over the reins to his “kid” brother Raúl, born in 1931.

Widmann’s special focus is Castro’s gigantic ego, which seems to have the rare talent of inflating itself when victorious and becoming self-intoxicated when defeated. The most important co-guerrilla of the Maximum Leader likewise recognized this attribute. Just prior to his violent death in 1967, Che Guevara remarked about Cuba under Castro: “On this island there is only room for an individualist. I’m the other one.”

The chapters investigating Castro’s supposed domestic- and health-policy successes profit especially from the author’s inside knowledge. Particularly impressive is Widmann’s reporting on the inhumane conditions in Havana psychiatric hospitals. Until recently, groups of foreign visitors were routinely paraded through the most famous sanatorium in Latin America—to listen to a concert of the “patient orchestra,” for example, which in reality was made up of perfectly healthy, professional musicians, who were fairly well-paid, too, at least by Cuban standards.

One of the most puzzling figures in Widmann’s entertaining and disturbing book dismantling the Castro myth is Gabriel García Márquez. The “numero uno” of Latin American narrative was considered a longtime intimate of Castro and for years held the office of the unofficial prestige representative of Cuba. It is indeed disconcerting how for decades the Colombian Nobel laureate in literature was undauntedly enthusiastic in singing his official praises of the patriarch in Havana. Already in the opening chapter, “Gabo” earns Widmann’s opprobrium. In Widmann’s view, the friendship between Castro and García Márquez is not based on strategic or material interests, but can be traced back to the psyche of the writer. Márquez, Widmann claims, had always been driven by a strong desire for archetypical leader and father figures of the kind found in his novels. This reproach is appreciably lessened later on in the book. Apparently the novelist—meanwhile suffering from dementia—at some point suffered a disillusionment with Castro similar to Widmann’s own experience. There are even rumours that Márquez’s desk drawer contains a weighty manuscript of reportages, a “Cuba tome,” with a story declaring Castro guilty.