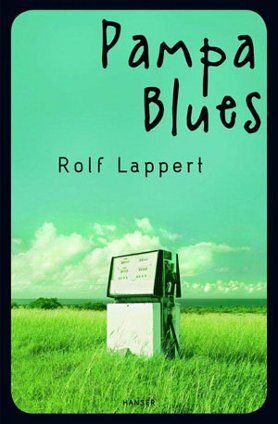 ​Ben Schilling hates his life. His father, a wildlife biologist, died in a plane crash in Tanzania when he was only nine. His mother, a jazz singer, performs in small clubs all over Europe, leaving the 16-year-old to take care of his senile grandfather. To make matters worse, the boy is stuck in a dump called Wingroden which is located somewhere in northeastern Germany. Newspapers arrive two days late and hardly anybody in the tiny town owns a cell phone. If you rearrange the letters of the town’s name it spells: nowhere in German.

It’s summer 2011, and the heat virtually paralyzes the already painstakingly slow pace of life in Wingroden. Ben, the first-person narrator, thinks the town is like a museum –minus the visitors. According to him, anybody who ends up there had to have taken a huge detour. The teenager feels trapped and is desperate to get out, meet girls, go to a punk rock concert; he desires nothing more than to finally live a life of his own. Soon, though, Ben learns it isn’t enough to simply change locations; instead, the change has to come from within.

The Swiss author Rolf Lappert (b.1958) tells a story about growing-up without being preachy. Pampa Blues is a laconic, humorous, and wise coming-of-age novel. The protagonist is drawn so affectionately and true to life that it’s easy to identify with him. Lappert, a trained graphic designer, former jazz club owner, and creator of the hit comedy Mannezimmer (Men’s Room) appeals to his readers through his keen observations of human behavior.

Ben seems to be the sole teenager living in Wingroden, which explains his tendency to be silent and why he so rarely makes jokes. He spends every day and night with his 82-year-old grandfather, who keeps himself busy by cutting blue snippets from magazines and pasting them onto the walls of his room. A piece of sky and sea in a remote area, which, apart from wheat fields and a quarry turned man-made lake, has nothing to offer. Ben sees himself as a “damned girl Friday"; he cooks, washes and feeds his grandfather, who isn’t even able to tie his own shoes. Officially, Ben is supposed to be doing an apprenticeship with him as a gardener, but his true passion is for cars and tractors. He even built his own Tuk Tuk. His dream is to drive a VW bus to Africa. But until then, all he can do is wait.

Lappert impressively shows us that boredom needn’t be described in a boring fashion. Above all, he is able to reveal Ben's emotional dilemma: On the one hand, he loves his grandfather, who needs a caregiver, and he feels responsible for him. On the other, the old man is the very reason why Ben's life has been put on hold. Grandfather and grandson spend their evenings at the only pub in town; the beer serving as an "oral vaccine against the daily stupor." Even the dog drinks with them. Maslow, the bartender and “good soul” of the town, had once owned his own hotel and was a golf-pro in Florida. The man is both a role model and cautionary tale for Ben. He admires Maslow for his insane idea of wanting to turn Wingroden into a thriving tourist attraction, but he also looks down on him for it.

One of Maslow’s brainstorms, however, actually brings some life into the town: he fools his credulous neighbors into believing the spaceship he built had belonged to visiting extraterrestrials. He promises them that it will transform Wingroden into a pilgrimage site for UFO fans, along with hordes of tourists and profits. All that he needs is publicity. When the 20-year-old reporter Lena Kramer comes to town, Maslow seizes the moment. And Ben and falls head over heels in love.

After a Russian alcoholic is found stabbed to death in Wingroden, and one of the residents along with Maslow’s UFO end up in a prison yard, the sleepy town truly turns into a place that makes headlines. And Lena teaches Ben how to take his life into his own hands and become an adult. When Lena first came to the village, Ben had thought nobody would ever come to a dump like Wingroden looking for stories. Rolf Lappert proves that the best stories happen right where you’d never expect them. This is a wonderful young adult book that grownups are also sure to enjoy.