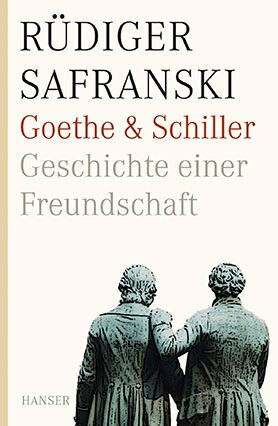 The 2005 bicentennial anniversary of Friedrich Schiller’s death has given rise to a diverse and multifaceted array of (re-)evaluations of his works and their resonance in Germany and throughout the world. Rüdiger Safranski’s earlier works have demonstrated that biographies need to be read against the backdrop of their cultural, philosophical, and historical context. His new biography of Schiller once again shows that there is a great deal more involved than simply chronicling a brilliant writer’s life. By interweaving Schiller’s works with the historical and social conditions in which they were conceived, Safranski offers readers a comprehensive panorama of the late 18th century. His book makes for both sophisticated and engaging reading, owing in large part to his decision to forgo the standard academic jargon of literary scholars. His analyses of Schiller’s works are always preceded by brief synopses of those works to enable readers who are unfamiliar with Schiller’s writings to gain insight into the significance and resonance of both the plays and the theoretical writings for contemporary audiences.

Safranski regards Schiller as the “inventor of German idealism.” He presents Schiller not as a mythically enhanced national poet, but as an author whose major health problems did not prevent him from channeling his creative energy into majestic, but performable stage plays, aesthetic and theoretical writings, and historical treatises. This biographer was fascinated above all by Schiller’s enthusiasm and his conviction that man needs the opportunity to develop himself and his specific talents, and, first and foremost, his “capability for freedom.” For this reason, Safranski places “German idealism” (which has been subject to quite a bit of ribbing in the past) at the forefront of his critical evaluation of Schiller and lays to rest any notion that it is merely naïve and subject to facile instrumentalization. Schiller’s use of the term “idealism” paves the way to intellectual freedom and self-determination.

In mapping out Schiller’s life, Safranski makes sure to include the authors who impressed and were a major source of influence for Schiller. He gradually pieces together a complex, but easily comprehensible and all-encompassing portrait of Schiller by depicting the pivotal stages in his life in the context of his intellectual milieu and his literary production. Safranski takes up familiar themes and holds them up to new scrutiny. Moreover, he brings in additional aspects that modify our traditional view and establish that the myth of Schiller had contradictory aspects. The years Schiller spent in Duke Carl Eugen’s “nursery” serve as a fitting example. Schiller’s school years have normally been described as a period of suffering for the young poet. However, it is important to bear in mind, as Safranski’s depiction of the various phases of Schiller’s poetic creativity and the formation of his aesthetic theories does, that this very period marked Schiller’s first (intellectual) encounters with preeminent thinkers and writers. Also, for the first time in his life, Schiller experienced emotional attachments outside of his family, and the courtly life of the Duke provided him with his first contact with the art of European theater.

Safranski does not limit his considerations to the most influential authors of the era. He also provides a succinct overview of the major ideas in European philosophy that constituted the foundations of the intellectual development of Schiller and his generation. Safranski documents Schiller’s analysis of these ideas and the genesis of his first drama (as well as his later ones) by drawing on the lively correspondence Schiller conducted with friends and relatives. In addition to the letters, Safranski also draws on a great number of revealing contemporary documents, in particular recollections by important contemporaries, to flesh out his portrait of Schiller.

In recounting the various phases of Schiller’s life, Safranski provides precise details, but keeps his eye on the essentials. From Stuttgart, Schiller went first to Mannheim and later to Jena and Weimar by way of Leipzig and Dresden. Safranski recounts the overwhelming success of the premiere of The Robbers in Mannheim and the great hopes that this success held out for the young Schiller. Safranski skillfully imparts a vivid portrait of the human side of Schiller as well. He goes beyond providing an overview of Schiller’s developmental stages as a man and as an author by highlighting Schiller’s staunch ethical and aesthetic determination as an artist as well. This steadfast resolve enabled him to conquer his self-doubts time and again. In addition to completing major works of drama and treatises on aesthetics, Schiller also edited several literary journals, which offered young writers an important forum; however, these journals never achieved financial viability. Friends and patrons nonetheless enabled him to continue focusing almost exclusively on literature.

The concept of friendship had a central role throughout Schiller’s life and thought. As far back as the Karlsschule, he formed a deep friendship with his classmate Scharffenstein; however, Schiller broke off this friendship when he sensed that his friend did not live up to the high standards he himself attached to the concept of friendship. Later in life Schiller continued to maintain close and intellectually stimulating friendships with both men and women. The most significant and celebrated of these friendships was, of course, his bond with Goethe. This bond intensified in the 1790s, and remained intact until Schiller’s death in 1805. The intellectual exchange and the close collaboration between these two outstanding German thinkers, which was based on mutual respect and constructive criticism, is, as might be expected, a major focus of Safranski’s biography. “These magnificent years help us preserve a sense of what is truly significant and intellectual in life.”

Safranski achieves his aim of providing readers with a comprehensive portrait of Schiller’s character and personality by training his attention on Schiller’s philosophical and aesthetic ideas. Schiller chose not to accept Kant’s clear distinction between Wollen (would) and Sollen (ought to) in man, which was essentially a distinction between physical needs and the categorical imperative. In his view, Kant’s account failed to acknowledge the concept of the free will, which could reconcile the two aspects of the “beautiful soul” and thereby bring individual needs into line with ethical and aesthetic ideals. “For Schiller, the will was the instrument of freedom.”

Safranski’s biography of Schiller offers the reader access to Schiller’s life and works and steers clear of the usual well-worn clichés and preconceived notions about this important German author. This book will inspire readers to look into Schiller’s works in their original form. This biography conveys a taste of the original texts by incorporating innumerable quotations from the letters and works, which are integrated adroitly into the text in a manner that renders footnotes superfluous and keeps the book’s annotations to a minimum. The thematically arranged bibliography, which is appended to this fascinating biography along with an extensive chronology, endnotes, and indices of works and names, will spur readers on to further investigation.